skip to main | skip to sidebar

My Observation of Tesla PowerWall2


What it doesn't do and I wish Tesla will update this functionality sometimes in the future:

Now, to how I use the Tesla app:

So here is my data, just 1 day after it's being installed (grid data not shown for clarity): 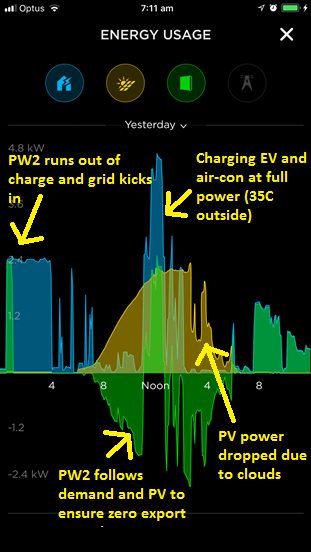 The data above is definitely not my average day. I had to travel 120-ish km on that day, so most consumption gone to EV (I'm guessing around 18kWh).

Now my debt has increased significantly again (thanks to PW2 as an expensive toy), so the family now have to be content living from boiled water and salt. At least we have a good-lookin' dead weight on the wall now (wheel added in MS Paint to make me feel less guilty by the dead weight): 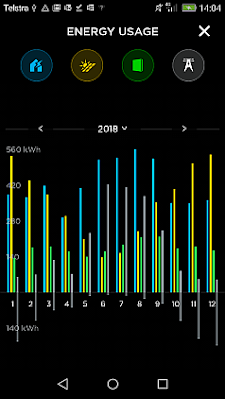